Our story is not a trivial one…

It goes back more than 30 years… 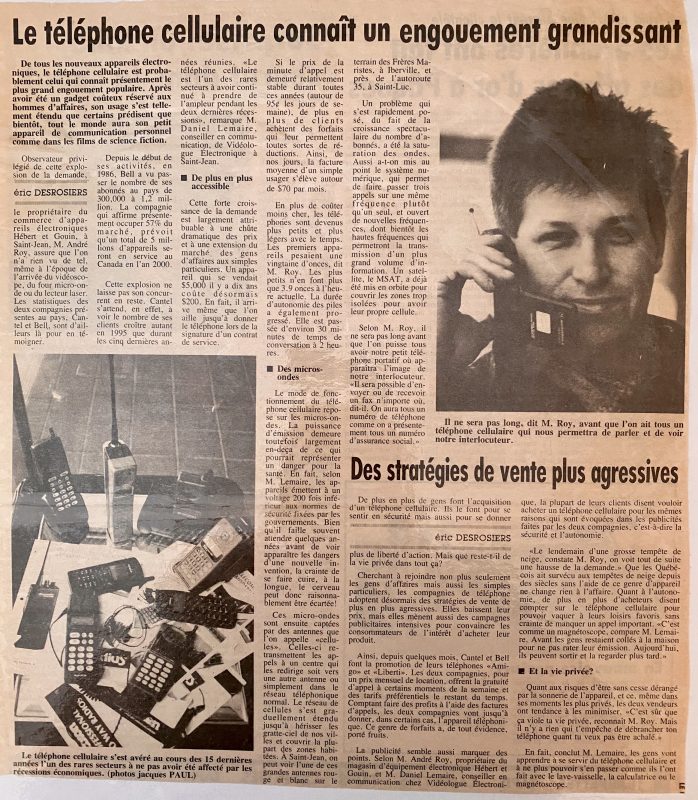 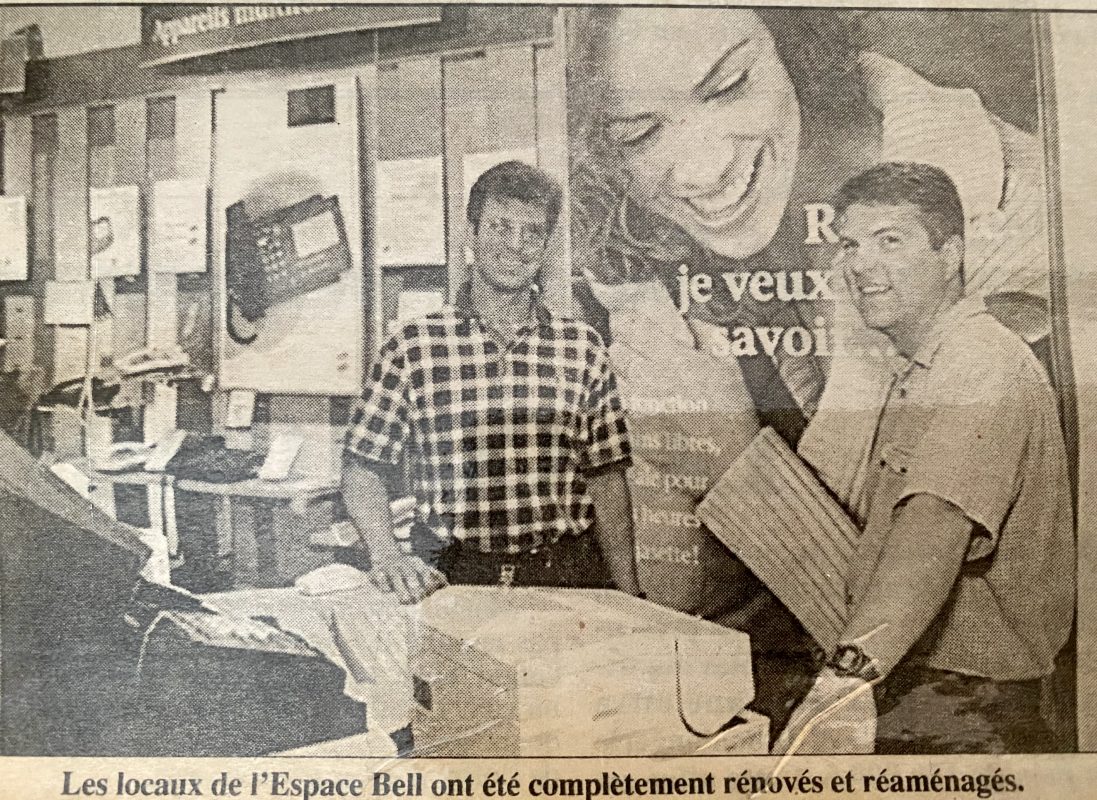 The only plan available at the time cost 50$/month and included 30 minutes of calls which, while calculating for inflation, would cost more than 110$/month today. Only 6000 people in Canada had a cell phone at the time. Owning a cell phone was so expensive that some stores even sold fake cell phones to clients who wanted to pretend to be a part of the elite.

In two years, the two brothers bought several small businesses in Saint-Jean-sur-Richelieu to grow faster and reduce the competition in the area. The mobility industry was dominated by pagers at the time with over 4000 active customers and cell phones were sold at a rate of about 40 units monthly. A team was dedicated to managing pagers because of its importance in the sector.

In 1999, while on a business trip to Las Vegas, Bell informed André and Denis of their intentions to sell their Bell stores to the private sector. Since the brothers’ performance had been great in the past, Bell saw them as an ideal first choice to acquire a franchise. A year later, they acquired a second store at the Mall in St-Jean-sur-Richelieu.

For several years, the company was running at full force but a new trend was emerging in the market; the electronics sector was decreasing at a steady rate while the telecommunications industry was rapidly blossoming. In June 2008, the two brothers decided to sell their electronics stores in Saint-Jean-sur-Richelieu and Valleyfield in order to devote all of their time and resources into their new store. 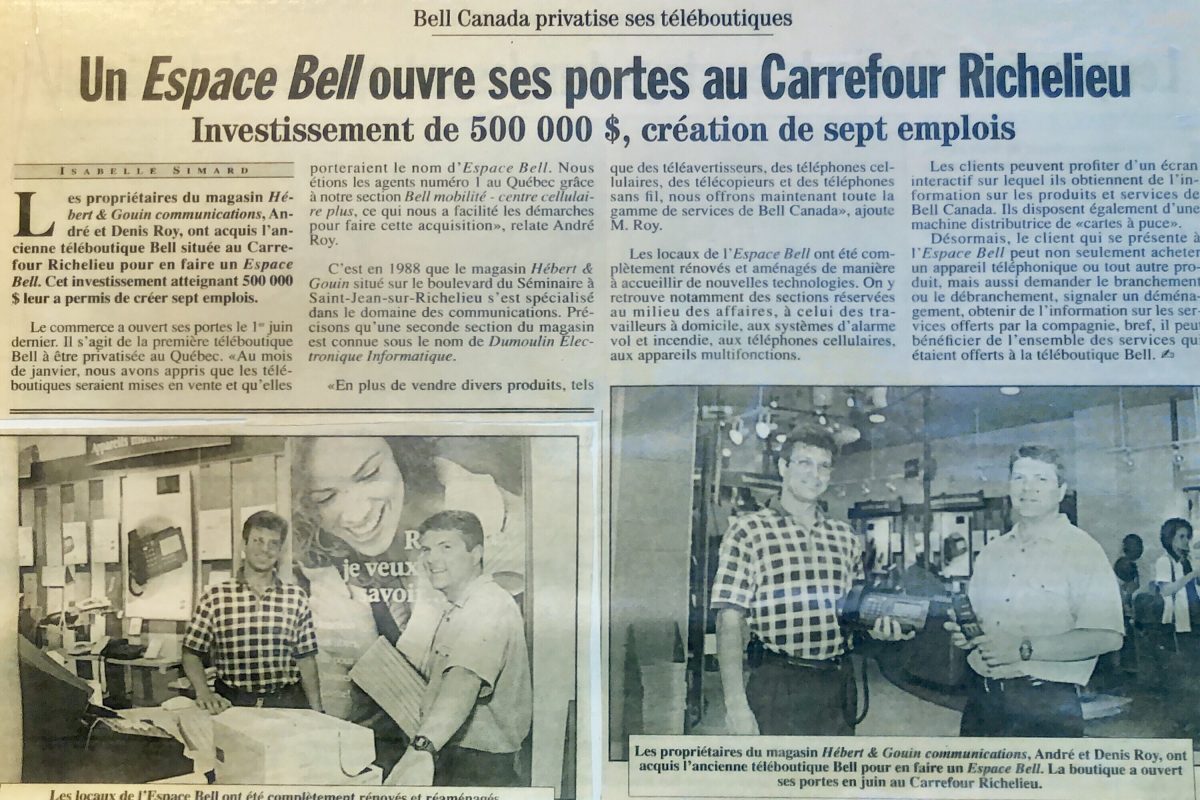 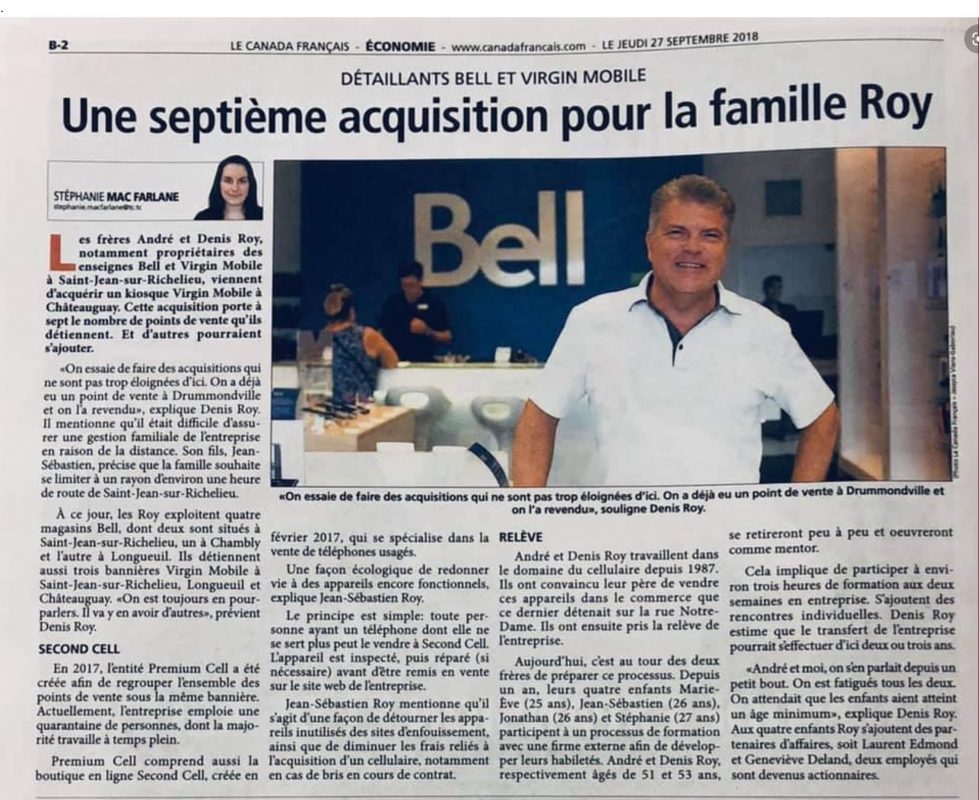 Subsequently, in November 2009, sales were strong and the management team equally so. André and Denis decided to open a third store, this time a new Solo mobile kiosk (a division of Bell) at the St-Jean Mall.

A few years later, May 2013, the brothers made a fourth acquisition: The Bell store in Chambly which was already an operational Bell store. It was an interesting business opportunity for them as it was close to their current stores. Thus began the acquisition phase which would continue for the years to come.

People at the heart of the business

In July of 2014, an opportunity to turn their Solo Mobile kiosk into a Virgin Mobile booth (a division of Bell) was presented to the ownership.

Laurent Edmond,a valued employee, became the first co-owner that was outside of the Roy family. Genviève Deland, who worked with the brothers for several years, also became a co-owner and partner in this new adventure.

She also extended her co-ownership to a Virgin Mobile kiosk near the current Bell store in the Longueil Mall during May of 2016.

The continued success of PremiumCell is administered by an outstanding team composed of André and Denis’ children as well as several other key members of the team. 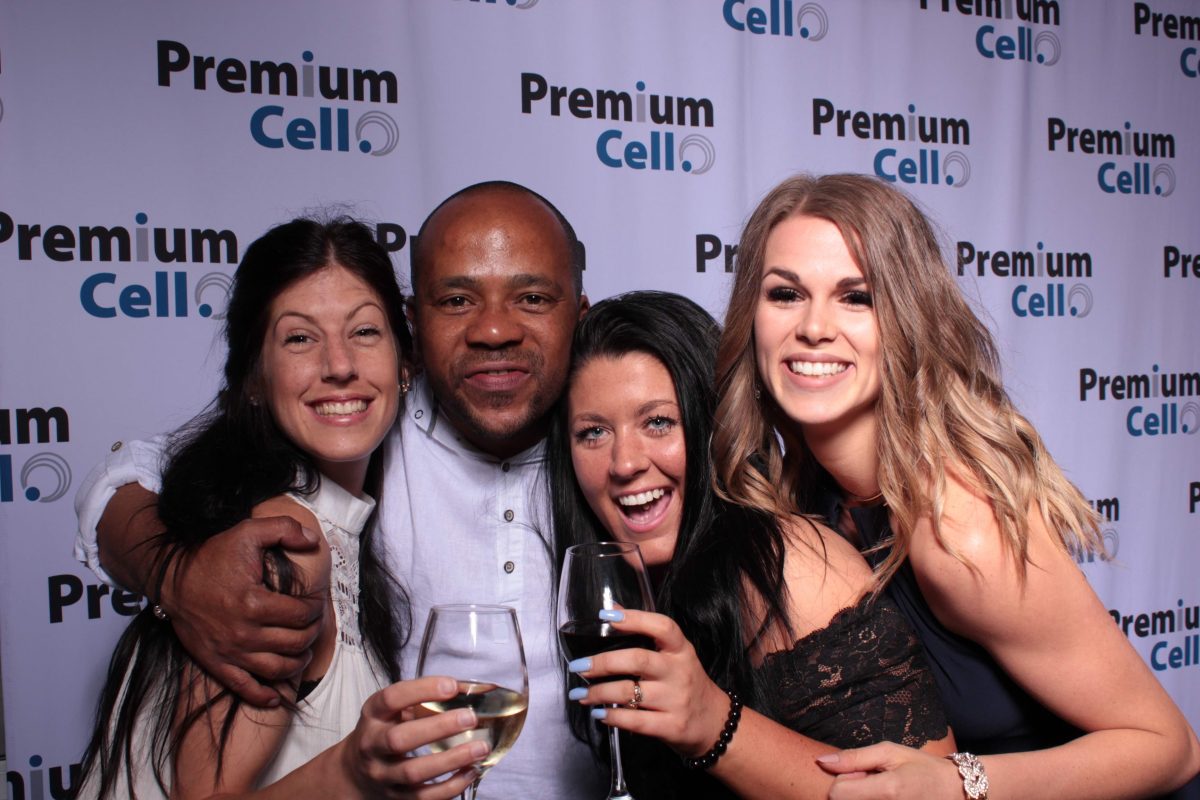 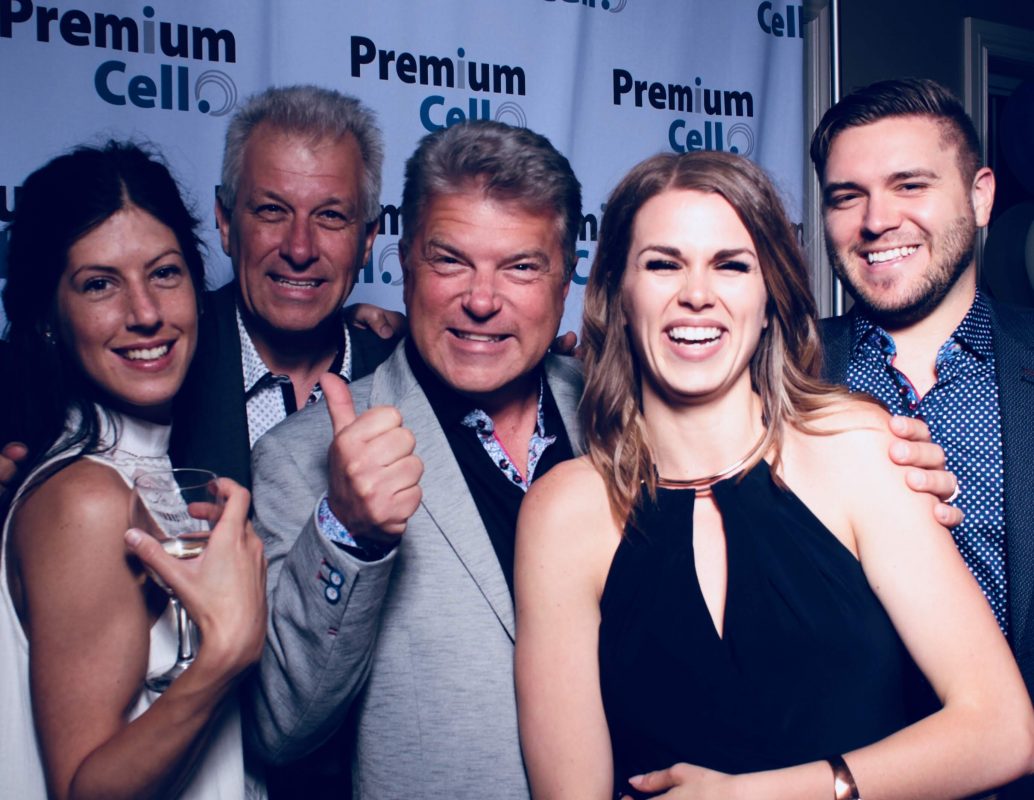 Since 2017, we have created one entity in order to rally all of our stores under one banner: PremiumCell.

PremiumCell is a team of passionate people ranked amongst the best in the country.

Because our motivation comes from the heart, your satisfaction is the top priority and our pleasure to fulfill.

Because we believe that excellence and transparency are key defining features in a business, our innovative team wants to share our avant-garde ideas with you whilst making sure that your needs are respected.

Because it is important to us that your experience is memorable, we are committed to doing our best.